Site specific intervention lasting for one night. Minibar Artist Space in Stockholm (R.I.P.) was a small artist run gallery where I by invitation removed all visible indications of identity, on an attemt på establish a no-mans-land, a noplace. The same gesture was repeated on the beverage for sale. A soundtrack made in collaboration with Jonas Holmer was playing throughout the night. A text reading was performed in synchrony with the soundtrack. The text discussed anonymity and invisibility as combat stratergies. 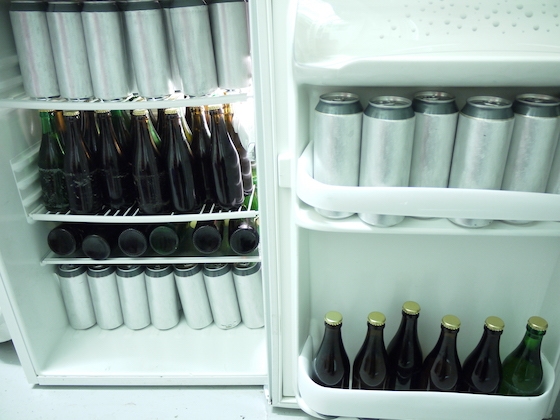 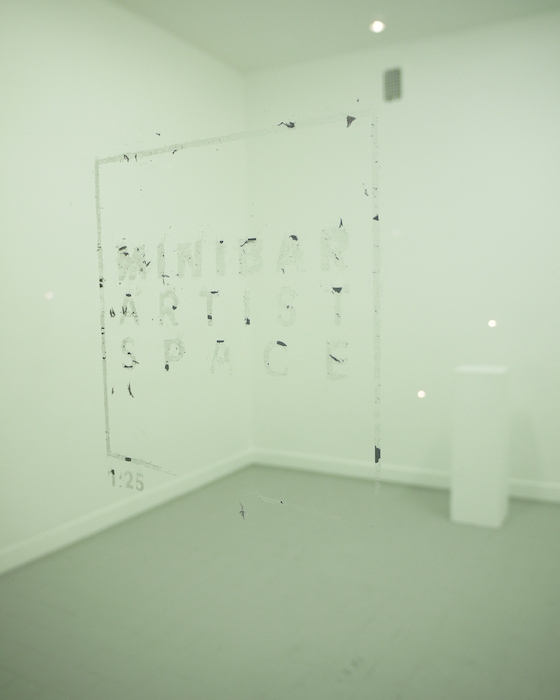 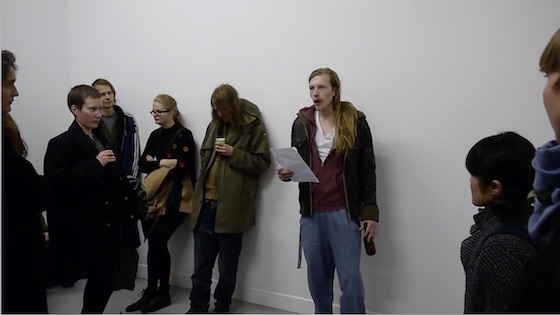